We would like to offer our sincere support to anyone coping with grief. Enter your email below for our complimentary daily grief messages. Messages run for up to one year and you can stop at any time. Your email will not be used for any other purpose.

Share a memory
Obituary & Services
Tribute Wall
Read more about the life story of Joanne and share your memory.

Joanne Darline Carlson, age 78 of Marathon, passed away peacefully at her home on January 6, 2023 after a battle with cancer. Joanne was born in 1945, in Rockford, IL  to the late James Patrick and Emma Darline.

Joanne moved from Rockford to the Washington, D.C. area in the mid 1960’s and worked as an X-ray technician at Georgetown, University Hospital. In the early 1970’s, Joanne moved to suburban Maryland, and made a career change. She started a career in real estate, and served as the President of the Montgomery County,MD Board of Realtors during that time. While living in Maryland, she traveled frequently to a 2nd home in the Florida Keys, ultimately making her permanent home in the Florida paradise.

Joanne is survived by her husband Carl, whom she met in Marathon in 2013. Together, they spent the last 10 years enjoying life in the Keys by boating, golfing, and singing karaoke, as well as being known for dancing the night away. Joanne was a vibrant, generous and colorful woman, who also enjoyed tap dancing, teaching water aerobics, and was quite the Mahjong competitor.

Joanne is survived by her brothers, Thomas and Gerald, and by her son Stephan, and grand-children Shane and Brooke. Joanne often had her grand-daughter Brooke come to visit in the Keys, where she learned to scuba dive, and those visits helped inspire Brooke to become a Marine Biologist.

Joanne’s family will fondly remember the way she would comically mis-pronounce certain brand names or foods, and will be left to wonder whether she always did so intentionally, just to get a laugh out of them.

Joanne will be missed, and will be well remembered as a fun loving, kind and good friend, mother and wife whose joyfulness was contagious.

To send flowers to the family or plant a tree in memory of Joanne Darline Carlson, please visit our floral store. 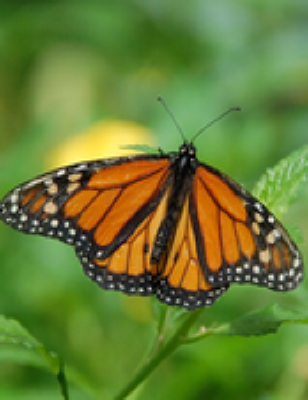 In Loving Memory Of

Look inside to read what others
have shared
Family and friends are coming together online to create a special keepsake. Every memory left on the online obituary will be automatically included in the book.

In Loving Memory Of

Look inside to read what others have shared

Family and friends are coming together online to create a special keepsake. Every memory left on the online obituary will be automatically included in the book.

You can still show your support by sending flowers directly to the family, or by planting a memorial tree in the memory of Joanne Darline Carlson
SHARE OBITUARY
© 2023 Allen-Beyer Funeral Home. All Rights Reserved. Funeral Home website by CFS & TA | Terms of Use | Privacy Policy | Accessibility